"But I notice that Our Lord, while stressing the terror of hell with unsparing severity usually emphasizes the idea not of duration but of finality. Consignment to the destroying fire is usually treated as the end of the story—not as the beginning of a new story. That the lost soul is eternally fixed in its diabolical attitude we cannot doubt: but whether this eternal fixity implies endless duration—or duration at all—we cannot say” – CS Lewis in his book the Problem of evil pg 126-127.


"Christians have professed appalling theologies which made God into a sadistic monster. ... Hell is not eternal torment, but it is the final and irrevocable choosing of that which is opposed to God so completely and so absolutely that the only end is total non-being” - The Church of England's Doctrine Commission - February 1995.

Note - I am revisiting and updating this post today (13/05/14) to add it to a synchro-blog and because my studies over the past few months have shed a little more light into the topic of hell. This was originally part 4 of a 5 part series on hell, you can read the parts on false assumptions that we have about hell, Gehenna, Universalism and the Traditional view of hell by clicking them in this sentence.


The view on hell that this post focuses on is that of annihilation or conditionalism as some people call it. I will spend quite a bit of time on it because I actually think that there is a very strong case biblically speaking. Annihilationalists believe that only those who are born again receive the gift of eternal life, the lost do not share the gift of eternal life but are only resurrected in order to face a final judgment. The consequence of this is death (Rev 20:14) which is permanent (that is to say, it is eternally effective). Adherents claim that the popular concepts of hell and the idea of the human soul being immortal stem from the Jewish intertestamental writings which were influenced by Greek philosophy. Some scriptures that support this view of the mortal soul are 1 Timothy 6:15-16

…The King of Kings and Lord of Lords, who alone has immortality…, Ezekiel 18:20

To them who by patient continuance in well doing 'seek' for glory and honor and immortality, eternal life:

So the focus here is on resurrection — to eternal life for the believer and to destruction for the unbeliever. Immortality therefore is the result of the redemption provided for us in Jesus (Romans 2:7; 1 Corinthians 15:53,54; 2 Timothy 1:10). I should also point out that conditionalists do not have a problem with the idea of punishment in hell before death (Mathew 16:27, Luke 12:47-48), it simply is not believed to be eternal in its' duration.

As with the other 2 views on hell, Conditionalism has been supported by at least some in the church throughout history. Ignatius of Antioch (108 AD), Justin Martyr (165 AD), Irenaeus (202 AD) and Arnobius (330 AD) are among the early adherents. John Wesley may have had annihilationist leanings as well as C.S. Lewis who is quoted at the start of this article. Today John Stott, Edward Fudge and Greg Boyd are three popular teachers who held to this position and most surprisingly of all, Dr Preston Sprinkle, who was the researcher and co-author of Erasing Hell with Francis Chan  shared in a 2 part podcast over at www.rethinkinghell.com that he is leaning strongly toward annihilationism these days as well.

Annihiationalists point out that the bible mostly uses words like “perish”, “death”, “destroy” and “destruction” rather than “torture”. There is no reason to believe that these words mean anything other than their plain, literal meanings. Some examples in scripture are…

Psalm 1:6 - …but the way of the ungodly shall perish
Psalm 92:7 - …shall be destroyed forever
Malachi 4:1 - …and the day which is coming shall burn them up.
Mathew 10:28 – Rather, fear him who is able to destroy both soul and body in hell.
Mathew 7:13 - …broad is the way that leads to destruction.
John 3:16 - …whosoever believes on him should not perish
John 6:51 - …if anyone eats of this bread, he will live forever.
Romans 6:23 – For the wages of sin is death…
Philippians 3:19 – whose end is destruction…
2 Thessalonians 1:9 – who shall be punished with everlasting destruction…
Hebrews 10:27 - …and fiery indignation which will devour the adversaries.
Hebrews 10:39 - But we are not of them who draw back unto perdition (Greek: destruction); but of them that believe to the saving of the soul.
James 4:12 – there is one lawgiver, who is able to save and destroy.
James 5:20 - …whoever saves a sinner from the error of his way will save a soul from death…
Revelation 20:14 – This is the second death…
Revelation 21:4 – There shall be no more pain. For the former things have passed away.

How can the saved live in blissful joy knowing that some of their loved ones are suffering in hell for eternity (Revelation 21:4)? How can Christ be all in all and reconciled to all things (Colossians 1:16-20) if people are separated from him and suffering in hell? If God will make all things new (Revelation 21:5), the most sensible thing to believe is that whoever has rejected Christ will be destroyed in the lake that burns with fire and brimstone beforehand (Revelation 21:8). The only other option is universalism which I just do not see any scriptural support for.

While most bible verses point toward total destruction, there are a few scriptures that are not so easy to reconcile with annihilationism. To be more specific, there are two verses that are quite difficult to interpret within the annihilationist view.

Revelation 14:11 – “And the smoke of their torment will rise forever and ever. There will be no rest day or night for those who worship the beast and its image, or for anyone who receives the mark of its name." And then…

Revelation 20:10 - "And the devil, who deceived them, was thrown into the lake of burning sulfur, where the beast and the false prophet had been thrown. They will be tormented day and night forever and ever.

There are however counter arguments stating that Revelation is a highly symbolic book and the word orders are affected by the chiastic structures of the author. The words of Revelation should also be understood within the Old Testament books it refers too (278 of the 404 verses in Revelation allude to Old Testament passages, compare Rev 20:10 to Ezekiel 38-39 for instance). Likewise, Revelations 14:11 seems to be a direct quote from Isaiah 34. But when one looks at Isaiah, we read of the destruction of the Edomites and verse 10 says of its desolation that "it will not be quenched night or day, its smoke will rise forever and ever...". The obvious thing to all of us is that the smoke that once literally burned Edom is no longer rising. The verse therefore should not be read literally which raises the argument of whether Revelation 14:11 should also be understood in the same way. Similarly, we read in Jude 7 speaks of how Sodom and Gomorrah serve as an example of those who suffer the punishment of eternal fire. Once again, Sodom and Gomorrah were completely burnt up and are now no longer literally burning. The language merely emphasizes eternal consequence rather than eternal torture. For me, the arguments are persuasive but I would stop short of being dogmatic on it.

I now see annihilationism as the most plausible viewpoint of hell given in scripture. It certainly seems more just than eternal torment does when we consider that our days on earth are so short. Nevertheless, there is enough seemingly contradictory verses supporting the traditional view in the bible that I will remain open to that possibility. Which I am fine with, even though I will certainly be anathema'd by some for admitting doubt over eternal torment as the best interpretation of scripture, in fact, since this was originally posted, some have done just that. But if NT Wright, Brad Jersak and Francis Chan all admit that one cannot be dogmatic about hell based on what’s written in scripture, then I am happy to add my name to that list.

Jeremy Myers – Does Jesus Talk About Hell More Than Heaven?
K. W. Leslie – Dark Christians
Angie Benjamin – Hell Is For Real
Paul Meier – Hell Is For Real – I’ve Been There and Came Back
Glenn Hager – Abusing Hell
The Virtual Abbess – What The Hell?
Kimbery Klein – Hell, if I know.
Michael Donahoe - Hell Yes…or No?
Liz Dyer – Hell? No!
Margaret Boelman - Hell No I Won’t Go
Loveday Anyim – Why the hell do you believe in hell?
Linda - If you died today, where would you go?
Edwin Aldrich – What the Hell do we really know.
Mallory Pickering – The Time I Blogged About Hell 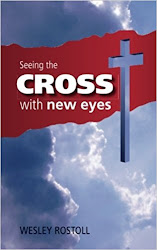